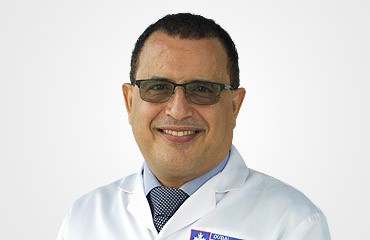 Dr Mohamed Sulaiman is a dedicated pediatric cardiologist who bring his experience and training to Dubai practice. For the past two decades, he have trained and worked at some of the most highly-regarded medical schools and university hospitals in America. He is honored to bring the UAE’s children that same high-quality pediatric cardiology care.

In 1999, he was accepted into the Pediatric Residency at the prestigious Columbia University College of Physicians and Surgeons in New York City. While in his residency, he received the World Health Organization award for Excellence in Pediatric Training. In 2002, he became board-certified under the American Board of Pediatrics in General Pediatrics.

In 2012, the prestigious Harvard University Medical School accepted him into the Pediatric Cardiac MRI Fellowship.

After that, he came to the UAE and was named Pediatric Cardiologist at the Tawam Hospital in Al Ain and, in 2013, he established KidsHeart: American Fetal and Children’s Medical Center, the regional center for diagnosis and treatment of fetuses, children, and adults with congenital and acquired heart disease.

Today, he is a member of the American Academy of Pediatrics, the American College of Cardiology. My research in Pediatric Cardiology has been published in the American Journal of Genetics and the Thoracic Cardiovascular Surgeon Journal.

Stay up to date